Many of my books have been released in large print versions. Large print books that are currently in print include: 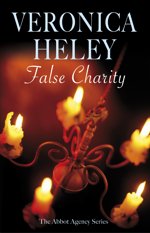 Coral of Coral Catering is a long-time client of the agency and a personal friend of Eve’s. Twice recently she’s catered for a charity event and the organisers’ cheques have bounced. Coral can’t go to the police because of irregularities paying her staff in cash. When Bea and her two young lodgers start to investigate, they discover that the gang has done it before, and plan to do it again – on their very doorstep. What they don’t know is that one member of the gang is way out of control and finding it all too easy to kill.
The first Abbott Agency Mystery.
Large Print, Severn House ISBN 978-0727877147 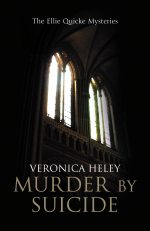 A complete version of the Ellie Quicke book 2 – Murder By Suicide.
Just as Ellie Quicke is beginning to come to terms with life as a widow, malicious letters start to spread through the parish. The much-loved vicar and Nora, the rather feeble organist, are the first targets. Soon chaos is reigning in the parish and Ellie is called on to help.
But the messages keep on coming, and now the targets include Ellie herself. Perhaps there is more than one crafty hand at work? As one victim is tragically driven to suicide, Ellie discovers that the poison spread by the letters can be fatal to anyone who receives them.
Read about the series here.
Other large print books in the series are:

Murder in the Garden